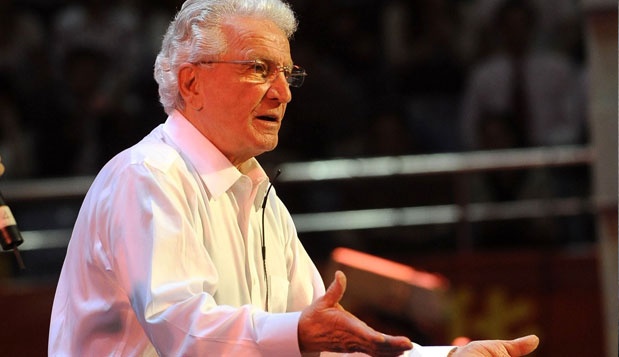 I saw a video on LinkedIn that suggested that most UK car dealers don’t communicate with their customers nearly enough after the sale – even if they know exactly when the finance deal is due to expire & therefore when the customer will be in the market for a new car!

This got me thinking, and in particular made me recall ‘The Worlds Greatest Salesman’ an American car salesman called Joe Girard who reportedly sold over 13,000 vehicles in his 15 year career and a world record 1,400 cars in 1973

Girard went on to be a published author, speaker and sales trainer and I’d come across him last year when researching a presentation on building strong customer relationships

Anyway, there are a number of techniques that Girard has become well-known for

Now I appreciate that this ‘cheesy’ American message is unlikely to sit well with a UK audience but surely the principal remains sound, even if the messaging may need a little work?

Surely it makes sense to build a relationship with your customers, over and above the annual ‘Your Service Is Now Due’ reminder or a naff corporate Christmas Card?

In preparation for this post I recently posed the question in a couple of networking meetings and to my LinkedIn connections ‘Do UK car dealers communicate with their customers after the sale?’

I suppose this fits in with my personal experience, having worked both with the Nissan dealer network and also Sytner Rolls Royce dealers in the past – as you’d expect, the latter knew a thing or two about making their customers feel special…

After all, 100% of big firms were small firms once!

Aside from the postcards, Girard’s success was also attributed to a genuine care and concern for every single customer

So how would you adopt the Joe Girard approach in 2019?

I’d say it has never been easier – don’t forget Girard achieved his success in the 1970’s, the days before Mailchimp, hybrid mail and sophisticated CRM software – imagine how a dealer with access to these sophisticated tools may benefit today!

To find out you don’t need to look much further than Ali Reda, a Michigan based car salesman who claims to have sold over 1,500 cars in 2017 to break Girard’s long-held record

Let’s stop for a moment and break that down – that’s 125 sales per month, or 28 per week or around 4 sales per day (Girard clocked up 18 sales in his best ever day!)

An obvious rebuttal would be to highlight that both Girard and Reda achieved their success selling cars in the USA not the UK – the inference being that their methods won’t translate – sorry, I don’t buy this…

Do people buy cars in the UK for different reasons to the US?

I’d argue not – it’s going to be a combination of a similar range of factors – basic transportation from A to B, freedom, load carrying, fun, status & self expression, all that sort of stuff

Do British people (whether customers or employees) react differently to being treated well to their American cousins? Again, no – the British may shuffle uncomfortably and stare at their feet when complimented but everyone likes being treated nicely, don’t they?

So I’m a little bit perplexed as to why it seems so few UK car dealers have adopted this approach, given the potential benefits for getting it right could be pretty spectacular for their businesses?

And finally, given this post is loosely about car dealers but NONE of the principles discussed are exclusive to that industry – I’d be interested from hearing from any business owner who thinks the methods discussed could help them to sell more and grow

Why Many Small Businesses DON’T need a 2019 Marketing Plan

No One Cares About Your New Logo

The Benefits of Joining A Small Business Mastermind Group

Marketing Health Check
Close Menu
Share This
We hate these stupid cookie pop ups as much as you do...but we must use cookies to give you the best website experience. If you stick around we'll assume that you're OK with this.OK, Got It!Privacy policy